If you own a business you know that when hiring independent contractors, a 1099 form must be given to them by the end of the year. A 1099 form is used to report to the IRS how much money was paid to that contractor throughout the year. It’s important to note that a 1099 and a W2 form are different in the sense that a W2 form is only given to the employees that are working within your business, and a 1099 form is only given to independent contractors that provided a type of service to your business but are not employed within it.

Now that “Tax Season” is over and businesses have already filed their tax returns, some business owners will start receiving an IRS Notice CP2100 regarding the information reported on independent contractors. These notices go out for a variety reasons. If the name of independent contractor was misspelled, if a typo was made on the 1099 form, or if social security number and name don’t match up with the government records.

1. Name of Independent Contractor was misspelled or typo was made

Maybe the name of the contractor was foreign or hard to spell, so a mistake was made when filling out the 1099 form. With all the information that has to be input in one 1099 form, it’s possible to make a mistake. The IRS will usually simply notify the business so that in the next year, if same independent contractor is hired, the same mistake does not occur.
Another reason could be that maybe the name that was written on the form was not the contractors legal name.

For example, if the independent contractor you hired is named James but on the form his name was listed as “Jimmy,” then the IRS marks that as a mismatch on their records because “Jimmy” is not his legal name. 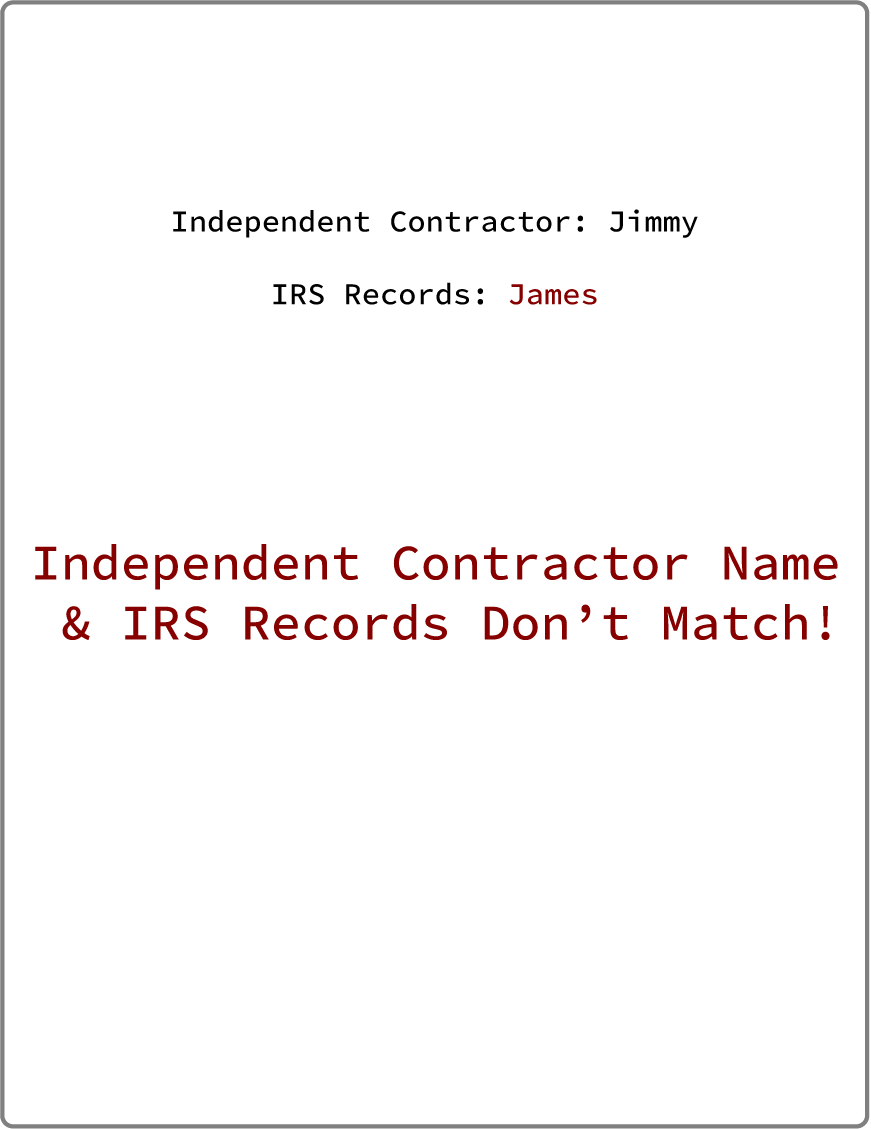 As explained before, if legal name is not on a 1099 form and social security does not match with the name that was given, the business owner will get notified by the IRS. Either the person inputting the information made an honest mistake, the independent contractor filled out the W-9 with a mistake, or possibly independent contractor didn’t want to be reported for tax purposes & provided the wrong information.

Now that you know some of the reasons why you might be getting these IRS 1099 Notice, it’s important to keep in mind that you can receive two different types of notice.

The First Year Notice serves as a “friendly” notice just notifying you that there could be a mistake on the form you sent. Mistakes are only human and the IRS just notifies you so that the same mistake does not happen in the future. 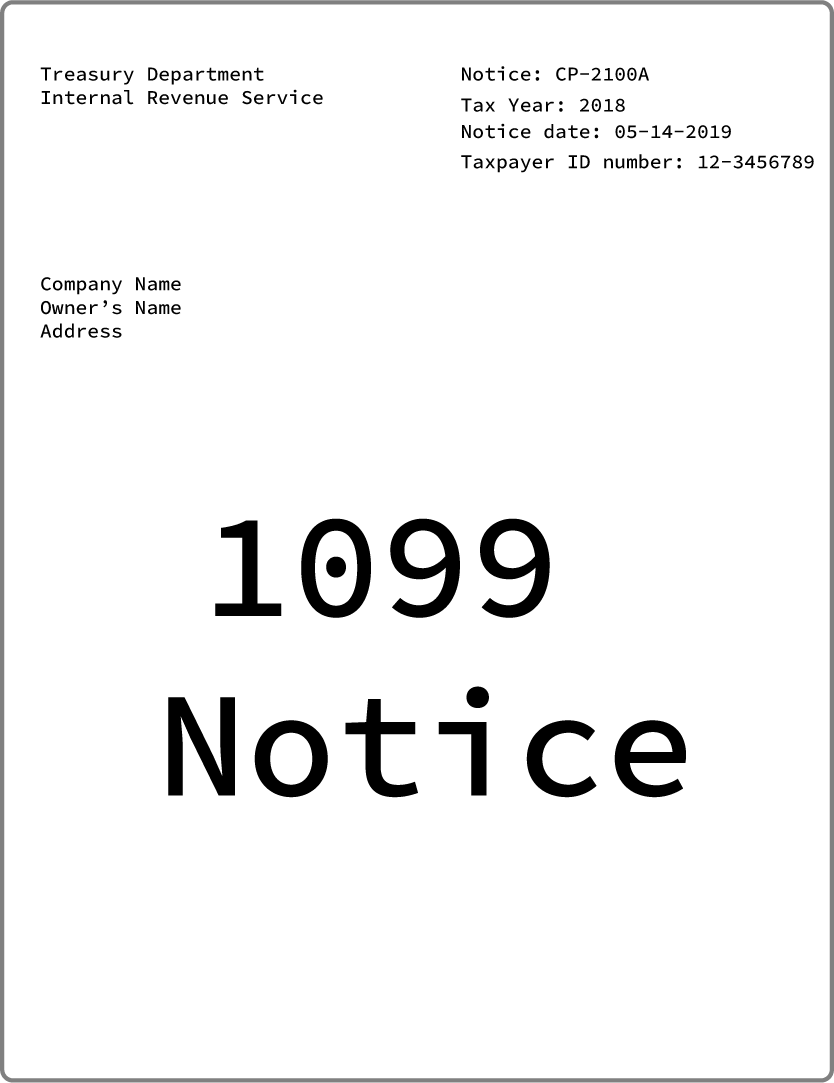 The 24% withholding goes toward that contractor’s personal income tax account for that year. The IRS goal is that everyone pay the appropriate income tax. You’ve all seen this – someone offers to do a job for you for less if you’ll pay in cash… The 1099 is designed to have everyone pay in what they owe. Withholding the 24% will cover what this person owes in taxes and they will need to file a return to get any refund due them. The person who holds the cash holds the keys.

How to proceed after getting the IRS Notice?

You should verify that all information is correct before filing a form so that a notice is not sent to you. Verify it with the independent contractor and the person filling the paper out so a First Year notice is not sent.
If you do get the First Year Notice, you must provide the contractor with a “B Notice” and a W9 Form to complete again after you receive the first CP2100; so that the correct information can be given to you for the records.
If you receive a Second Year Notice, you must send the second “B Notice” to contractor. This notice will tell the person involved to contact the IRS so the correct information can be obtained. This form should not include a W9.

We are Here To Help

Everyone makes mistakes, but sometimes mistakes can come at a cost. If you have ever received one of these notices and need expert guidance, here at Tolbert CPA we work together so we can keep moving things forward successfully. You can contact us if you have any questions regarding these notices or any accounting-related questions.